This homeowner did not choose to put the 90% solar window screens on any of their windows, they only used the 80% solar screen fabric. 80% solar screens as a whole lot better than 0% which is what they had, so I am totally okay with them only using the 80% solar screen fabric as it is 80% more shade than what they had before. Generally I’m a proponent of using the naughty percent fabric for the windows to get four hours of Sun or more, but 80% shade is still a whole lot better than 0% shade. 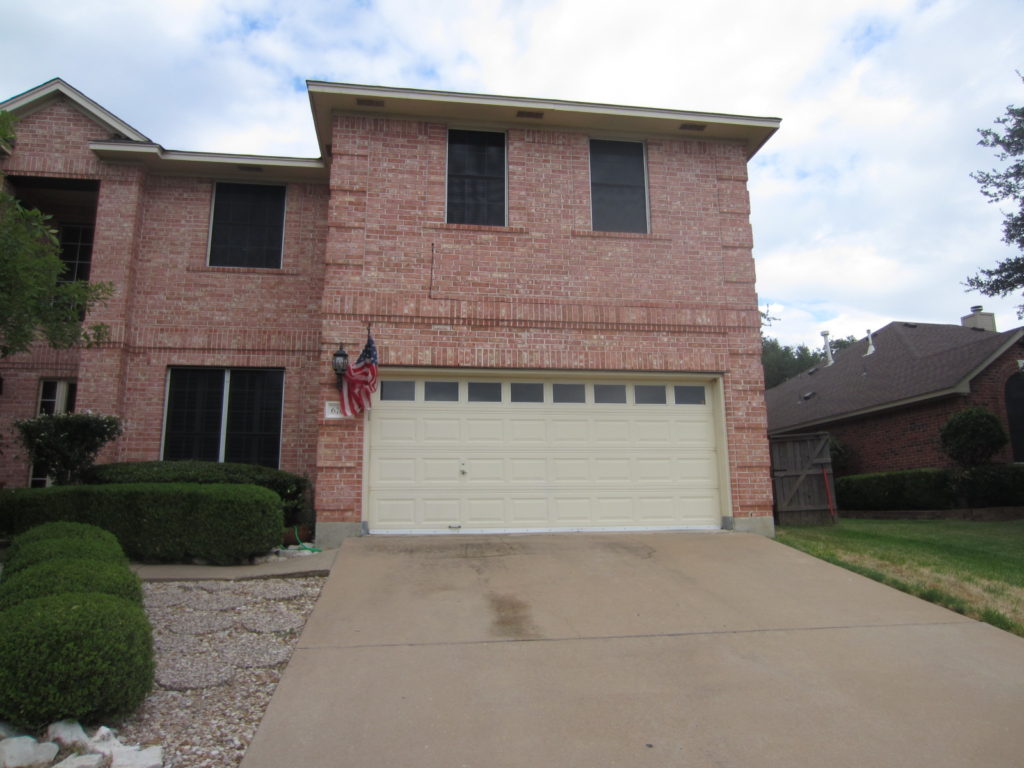 We used the 80% solar window screens for the front of this home.

These windows are what we call Flats, we call them Flats because they’ve got a wide piece of metal to the left and right side of each of the windows that is flat. That white piece of metal is about 2 and 1/2 in wide. The glass goes behind that metal three quarters of an inch, never more. My turn clips that we install are mounted on the outside edge of that metal where there is no glass, it is what we call the construction area of the window. 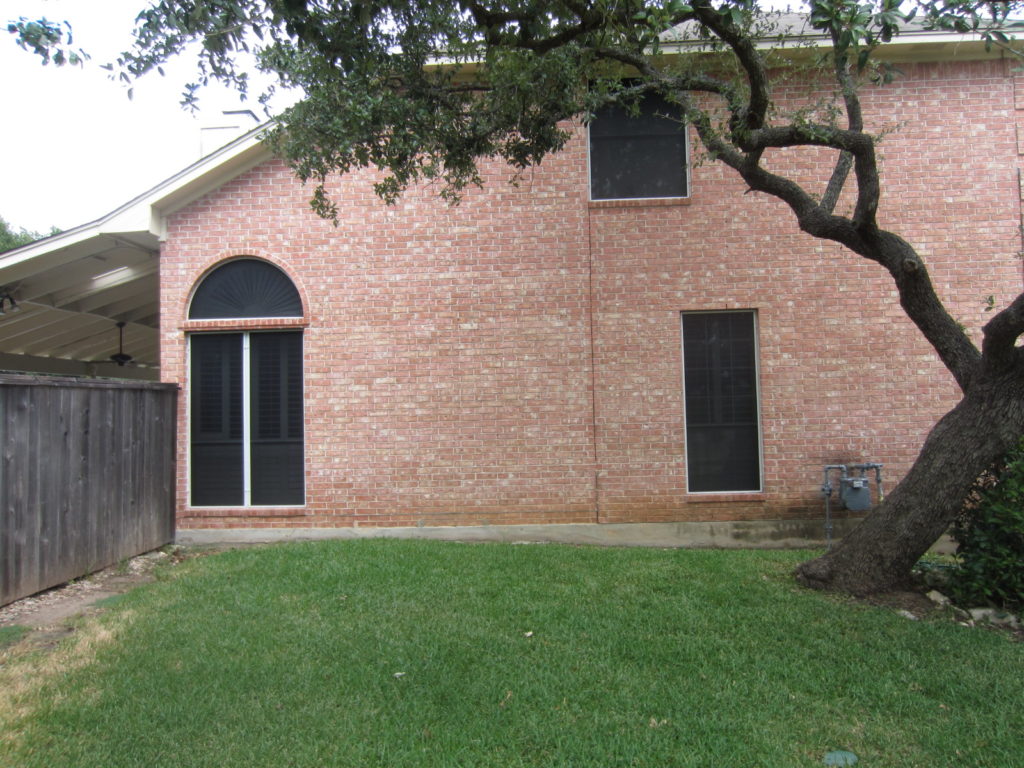 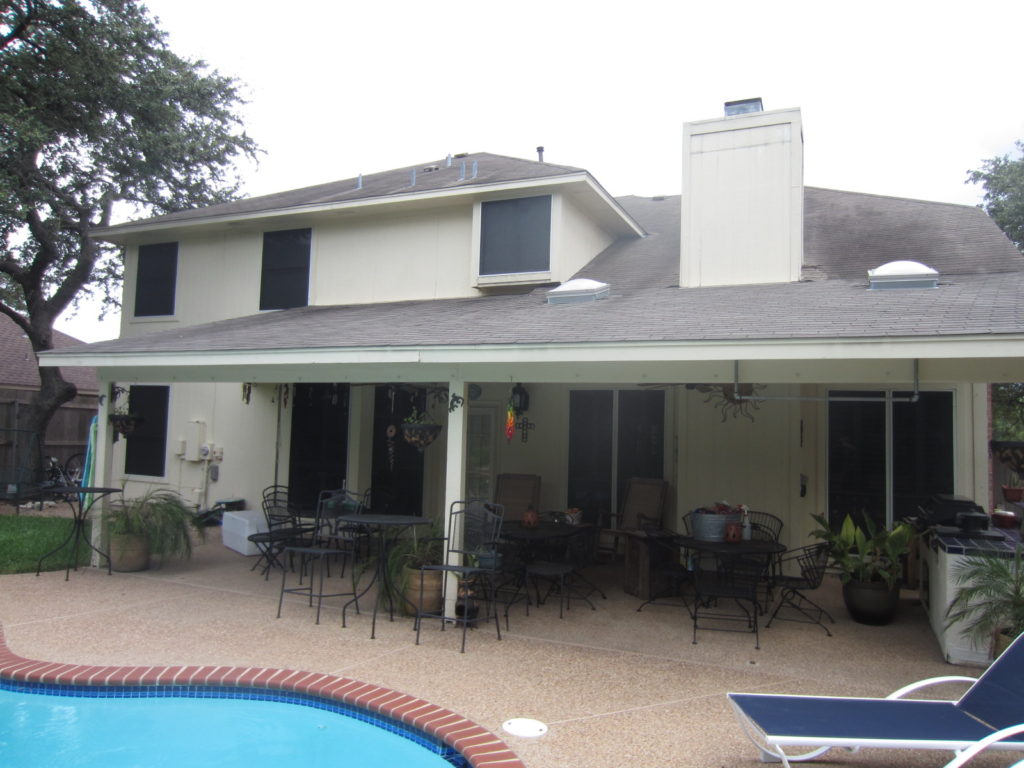 All windows on the back of this home received solar window screens. 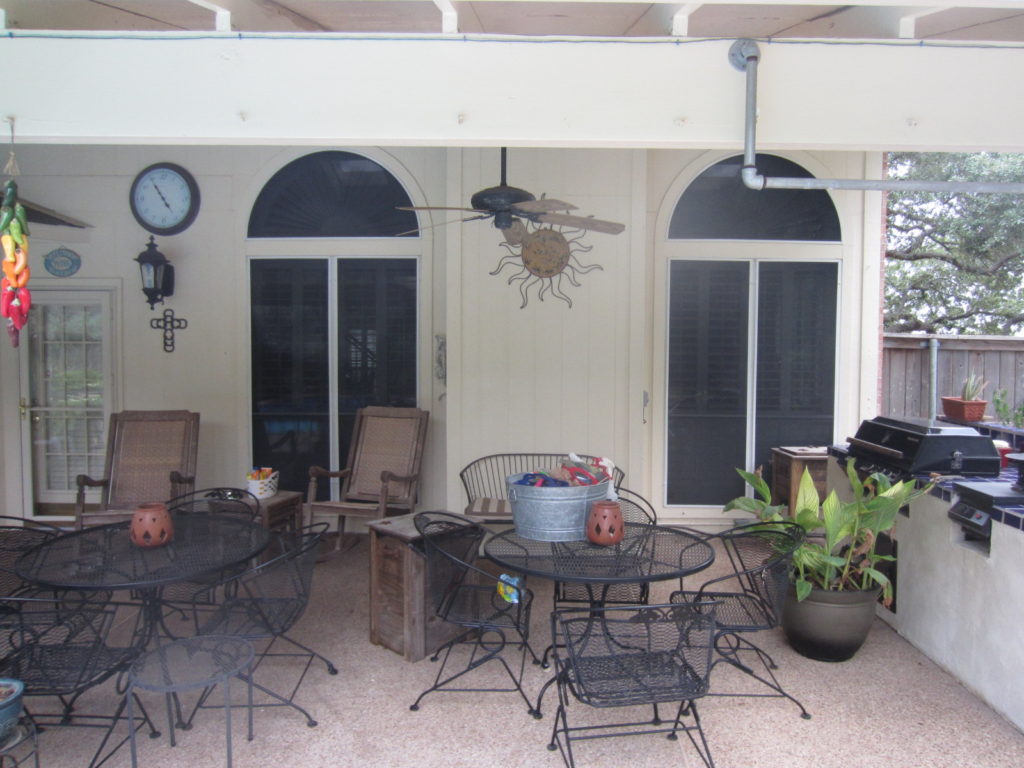 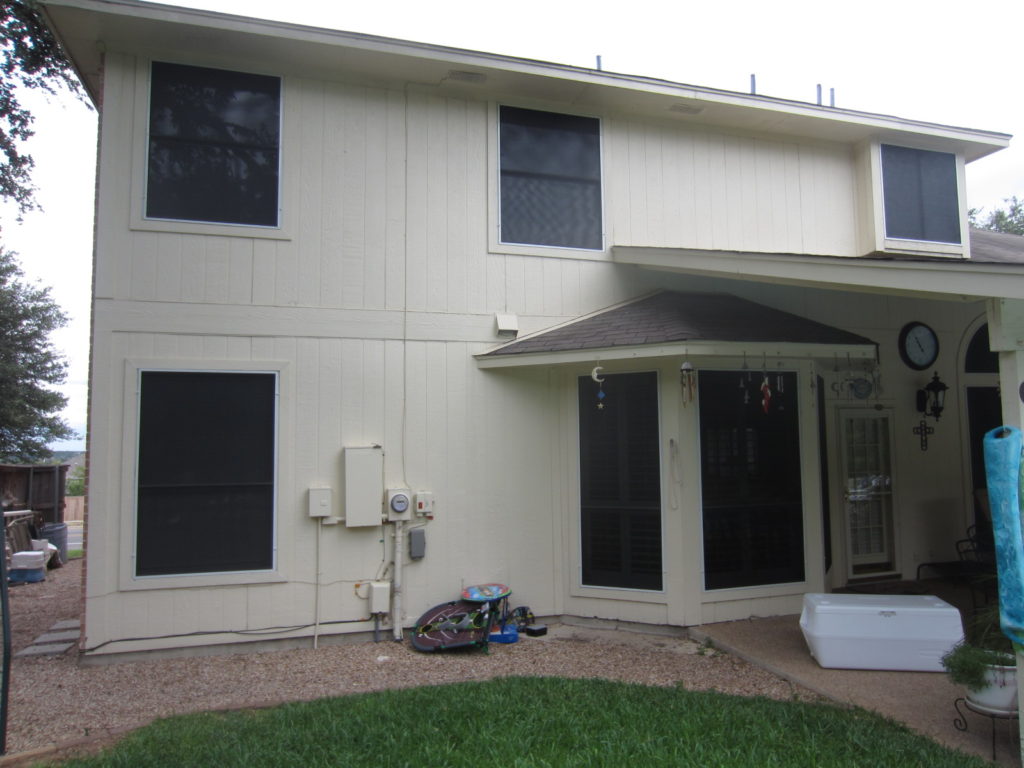 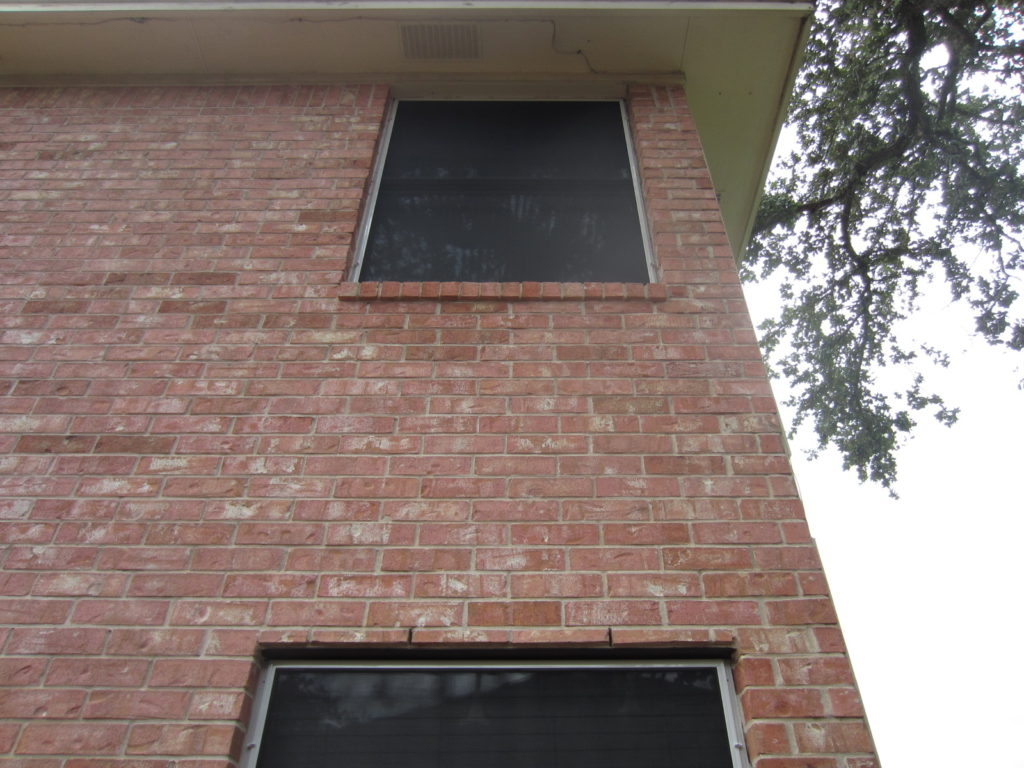 Great picture showing the turn Clips position 8 in from the top of this bottom solar screen. 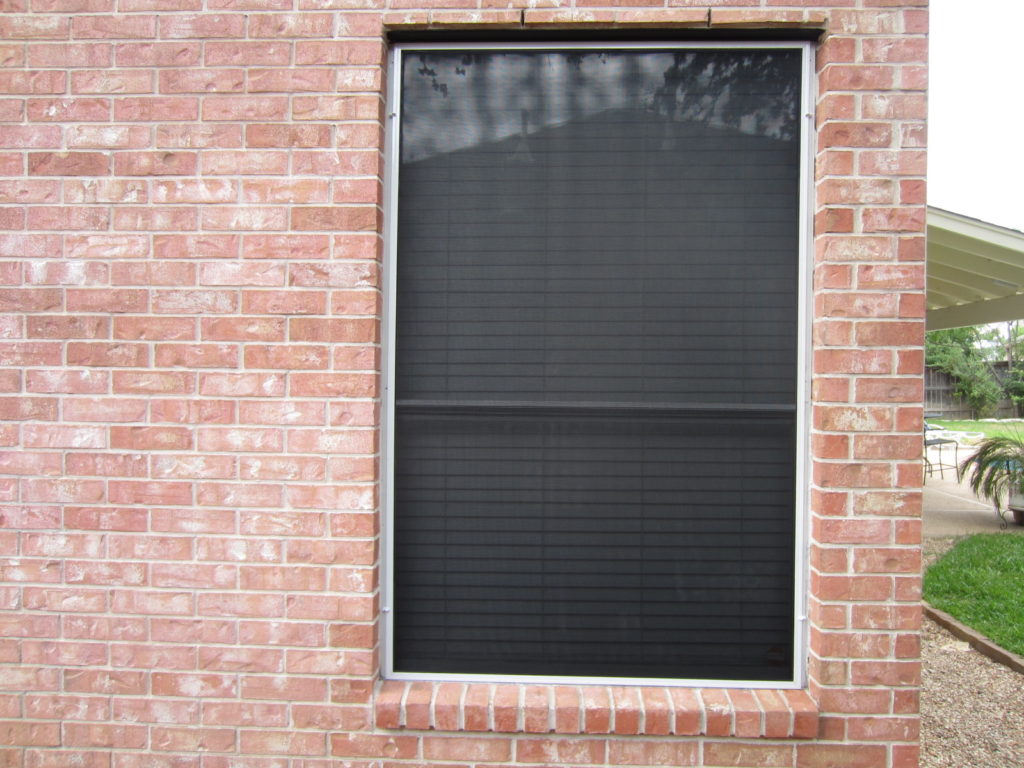 Great way to see what an 80% solar window screen looks like. You can see the blinds behind the fabric.

This window here is a 40 inch by 72 inch window on the first floor. Now take a look at the bottom of the screen, and you’ll see that the bottom frame of that screen fits nice and snug there against the top of that brick. So, solar screens for “Flats” windows, surface mount. When a solar screen is surface mounted, that means the screen fits on top of the window frame and by using turn Clips, we hold the screen up against the window frame. Now, you’re always left up to whatever the screen has to sit on top of at the bottom of the window to dictate how flat, how flush, and how well that screen is going to sit up against the bottom of your window. Sometimes you have a brick that sits considerably higher or you have a stone that sits considerably higher and it’ll make the screen set proud. In that case it is what it is unless we can chisel it away, and I am very good at chiseling  stone and mortar, and I do it all the time for the corners of Windows like this.