This is a great illustration of the chocolate‑fabric solar screen and white frame, before‑and‑after photos. 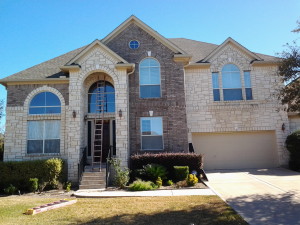 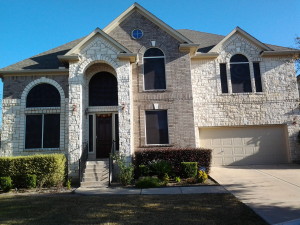 Also you’re going to see above the front door, there is a rectangular window with a half‑circle on top of it. That is a non‑opening window. Because that’s a non‑opening window, I can cheat that and build one screen for those two windows.  Watch this video to better understand when, how and why I can do this (break my one screen per window rule).

To the left of the front door you’re going to see two side‑by‑side rectangular windows.  On top of that you’re going to see a small horizontal window and then a half‑circle on top of that. That’s technically two windows. Generally, we build one screen per window (watch the above video).  But because those windows do not open there, we were able to build one screen for both of those windows together. 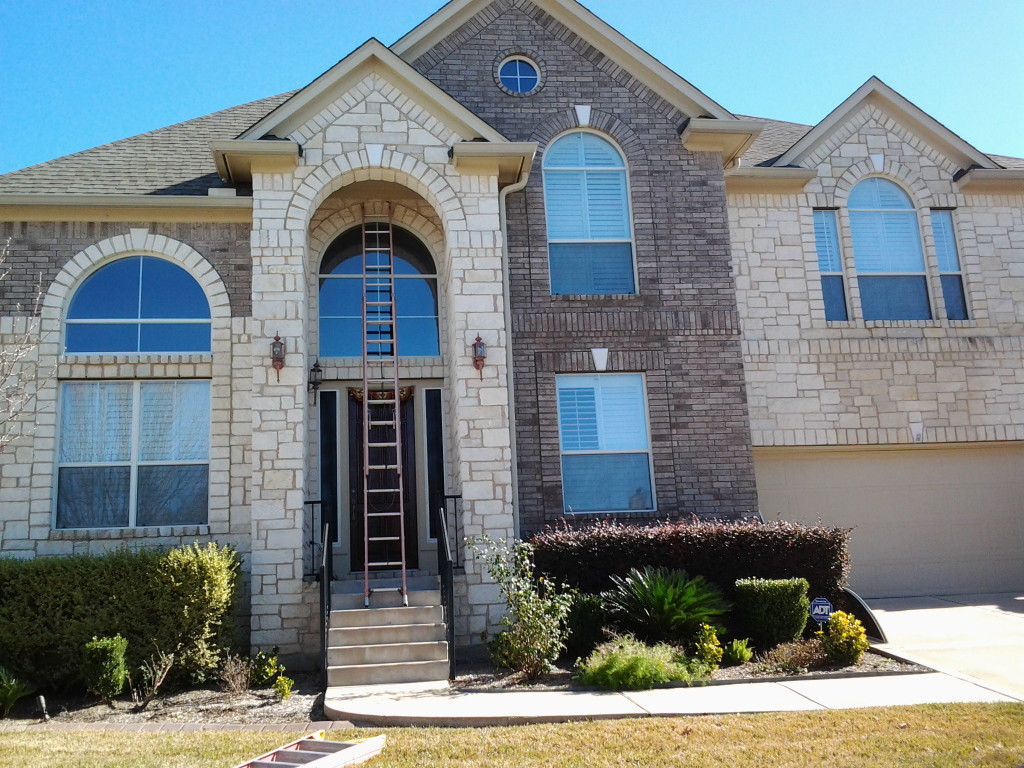 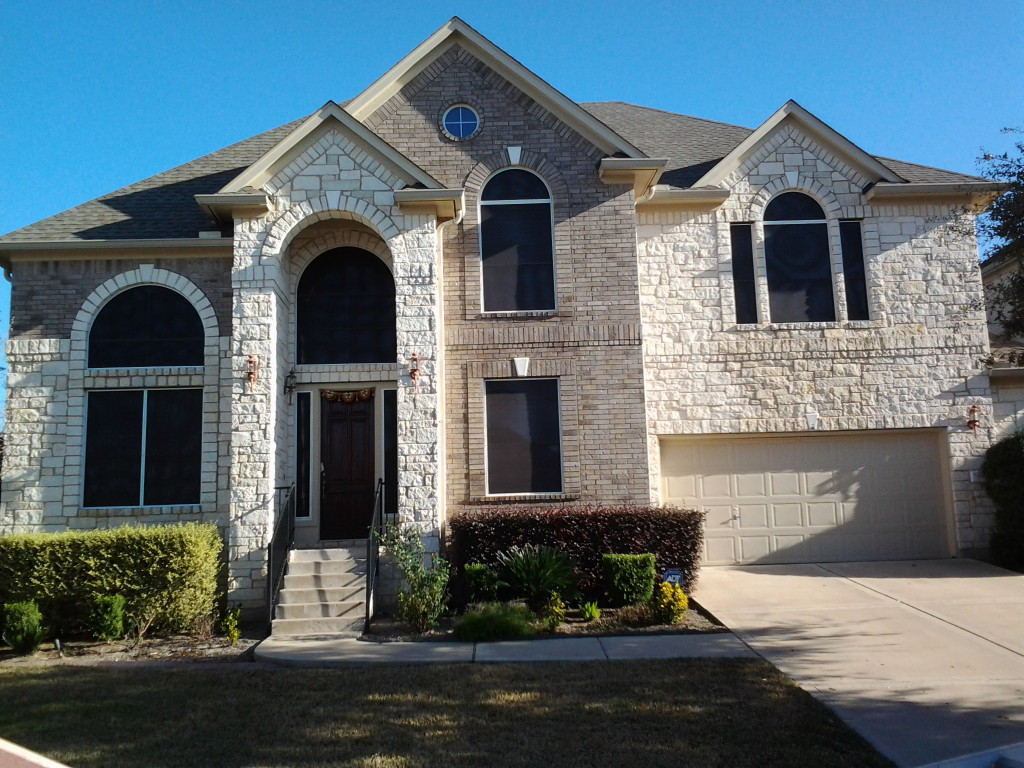