All of these windows allowed for a pop in installation, meaning they had tracks at the top and bottom of the window, that hold spring-loaded full sized screens into place. So no mounting hardware was needed for any of these solar screens for this home. 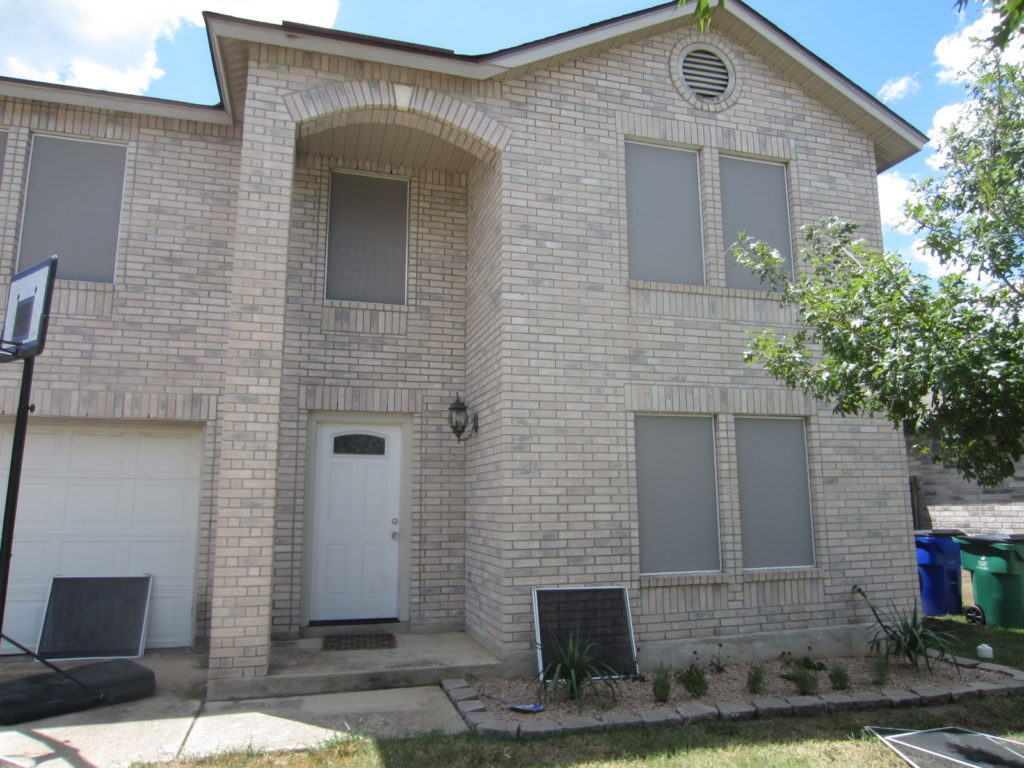 I love the look of this light grey solar screen fabric up against this home that has similar light grey tones in the brick and mauve colored other bricks that are all within the same family of tones.

Point being I have seen where water runs off the roof caring tar and Roofing filth, down off the roof, blown by the wind on to the solar screen, and then the sun drying it with that tar and who knows what else, on to the fabric. This causes a black look.

You’ve seen it many times on homes, on stone walls, that blackish stuff, well the solar screens are susceptible to that as well. And using the light fabric it will show this, versus a black or darker brown fabric. Now that is not to say that all of the screens will look this way, and in fact it’s always a mystery when I see homes where this has happened, generally it’s just a handful of the screens, not all the screens. I guess a good example would be that you can go to a person’s stone exterior home and you’ll see some of that black, blackish look on the home and it’s only on certain parts of the home.

Well, the same applies in this situation pertaining to specific locations of the screens on the home. 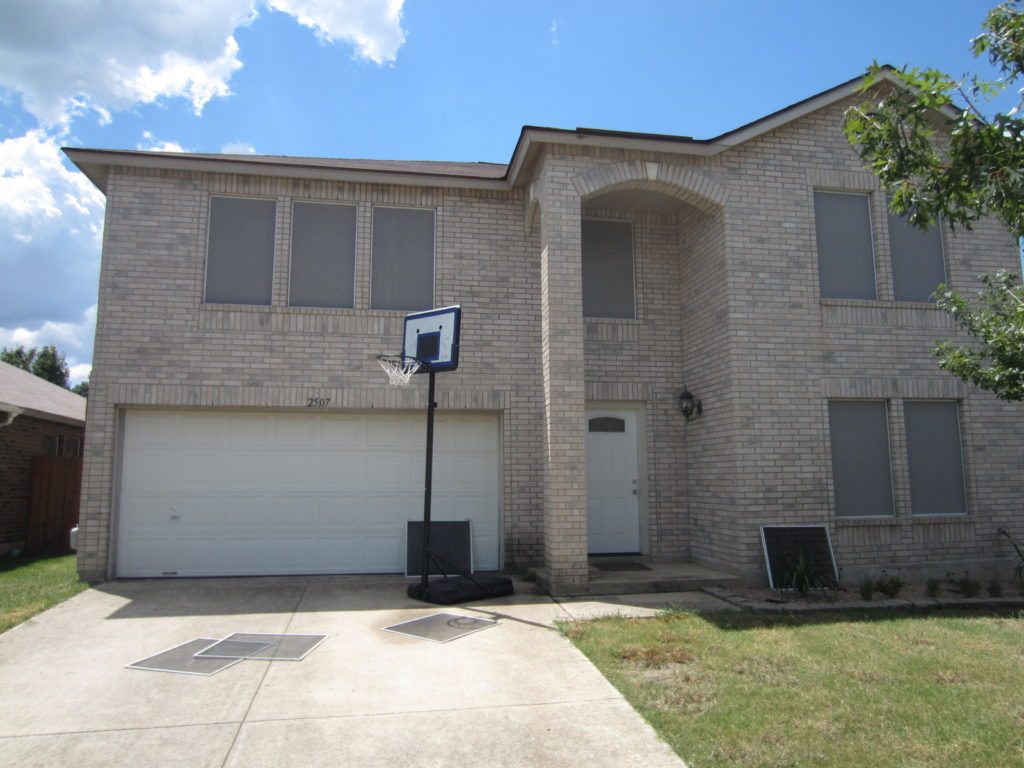 All of the windows received a gray solar screen.

The following picture shows three 90% 35 in by 60 in gray fabric solar screens.

What an outstanding picture the following picture is. This picture shows how beautifully the solar screens are mounted. You don’t see any kind of gapping at the top of the screen nor at the bottom of the solar screen.  You see how well that the solar screen fits flat and flush against that bottom framing. These are well made, well installed and well-measured solar screens.

This is a great illustration of what a gray solar screen installation looks like. 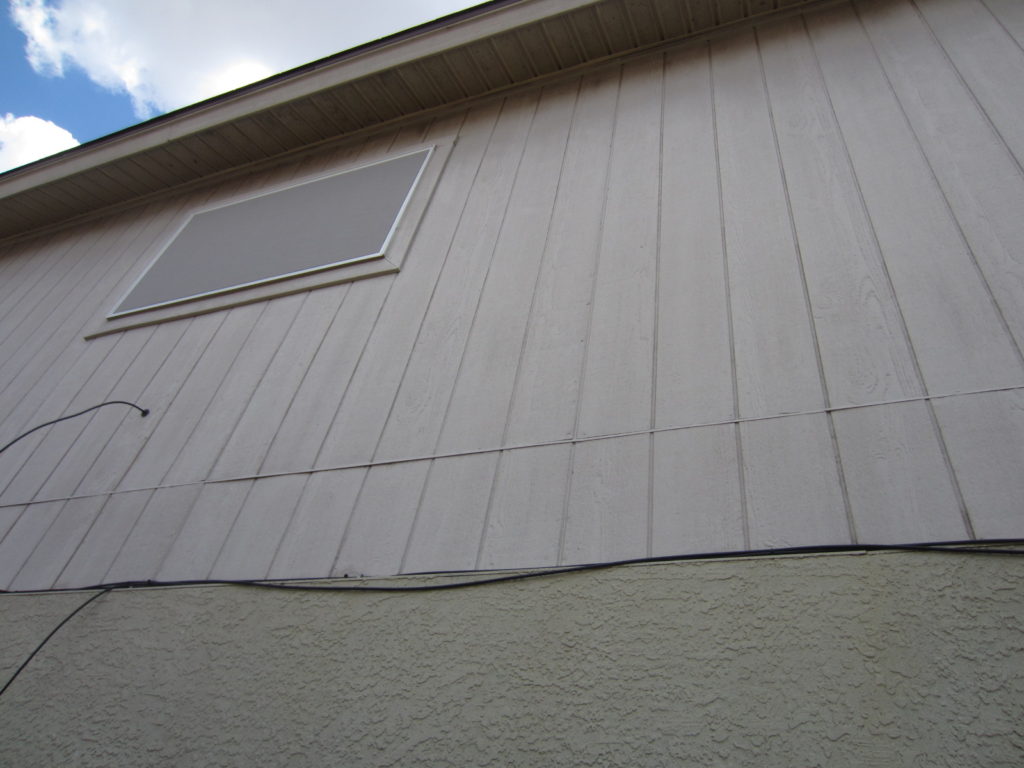 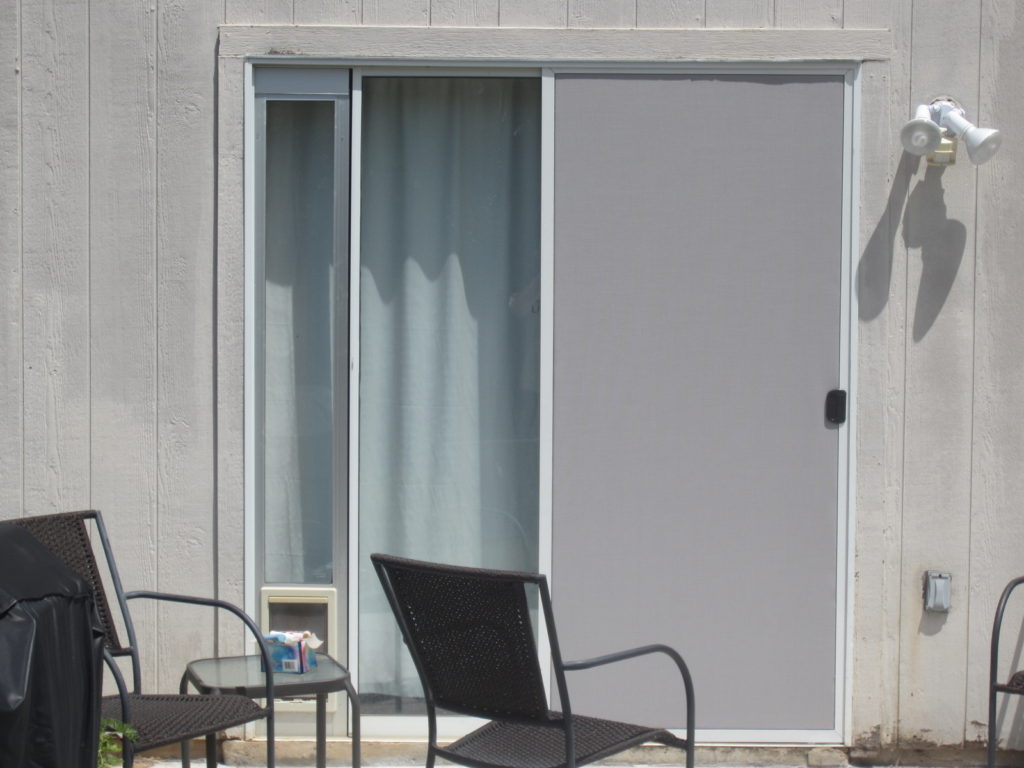 This customer wanted a sliding door screen made out of our solar screen fabric. We made them the sliding door screen and, we didn’t make them a pocket for the other section, the section that is left on shaded. We did not make him a pocket, because they have a doggie door there, and if we built a pocket, we would have covered up that doggie door. I guess in hindsight, I probably could have crafted a notch in the pocket that would have allowed room for the doggie door to have still operated.

90% gray solar screens for the back of the home. All of these solar screens are pop in mounted, they all have tracks to hold full sized screens.

This picture here above shows the gray solar screen fabric up against this grey kind of exterior. For the windows that open up and down, there are Springs at the top of the screen that holds our solar screens and place. For the wider Windows, the windows that slide left to right, there are going to be tracks on the left side and the right side of the window framing, it is there within those tracks that we popped the solar screen into.  And the screens are held into place by springs and those tracks.